Find out how we helped Dole:

In 2010, Dole Packaged Foods, LLC undertook a major enterprise infrastructure change: a move from its existing ERP system to SAP. A major goal of the logistics group was to automate freight audit and payment within the structure of the new SAP-supported process without significant and costly programming. As its long-time business partner, Cass crafted a solution and supported a smooth transition.

Founded in Hawaii in 1851, Dole Food Company, Inc. is the world’s largest producer and marketer of high-quality fresh fruit and fresh vegetables and a long-time client of Cass Information Systems. The Dole brand is synonymous with mouth-watering pineapple and an assortment of other delicious produce available at the time of peak freshness.

For many years, Dole has relied upon Cass to process and pay invoices from its supply chain partners – the key players critical to Dole’s success in the movement of its products. In 2010, Dole Packaged Foods, LLC undertook a major enterprise infrastructure change: a move from its existing ERP system to SAP. Dole’s business reasons for migrating to SAP were unrelated to its then-current processing of freight invoices; however, such an important change in the company’s infrastructure is far-reaching. The SAP migration would of course necessitate business process changes potentially affecting its key strategic partners – its logistics service suppliers.

Cass has helped many of its clients re-engineer their freight payment process to facilitate moves from one ERP system to another or from legacy environments to a modern ERP platform.

Risk is involved when any large company undertakes a major system change. Veteran business people know that, in order to advance toward bigger picture business goals, some small steps backward often occur. Those involved in Dole’s freight audit and payment (FAP) process had worked with Cass for many years to achieve an efficient, reliable process built upon a feature-rich system, customized for its current ERP platform. Anticipating the transition to SAP, there were fears that some of Doles’ FAP system functionality could be lost, requiring months or even years to recover. Because many changes would need to be made for the new system and integration to work properly, a worst-case scenario for the transportation team would be an interruption in timely payments to carriers. The transportation team also didn’t want to operate with a less reliable system that provided less visibility to its actual transportation costs. However, Dole’s account team at Cass worked diligently to stem these concerns and provide a soft landing.

Today, the majority of Cass freight payment clients use SAP or Oracle
as their ERP platform. Cass has helped many of its clients re-engineer their FAP process to facilitate moves from one ERP system to another or from legacy environments to a modern ERP platform. While Cass works with many clients to achieve similar goals, the paths they take are varied depending upon other various business considerations and requirements.

Before the transition, Dole was already accustomed to a sophisticated matchpay FAP system that matched an invoice with shipping records before payment was approved. As with most such transitions, the Dole team was dealing with deadlines and budget considerations. “Our goal was to find a solution to automating freight audit and payment within the structure of the new SAP-supported process without significant and costly programming,” said Scott Campbell, director of logistics at Dole.

Cass Steps Up to Support a Successful Transition

With the move to the new system, data exchange requirements would change. SAP users have options as to how to get data from the Cass system and where to put it. The Dole team needed to decide, given available programming resources and time constraints, where in the Dole SAP system the Cass-provided data should reside. “We wanted to be able to continue to accurately separate linehaul charges from fuel costs and other additional accessorial charges,” Campbell said. Dole made the decision to send data from the Cass system into the SAP’s CO-PA (Controlling Profitability Analysis) module, and to store its accessorial cost data in CO-PA as a lump sum per invoice. To gain a detailed view of transportation costs, Dole relies 100% on CassPort®, the Cass business intelligence portal, which provides granular cost data. Using CassPort, Dole can view its data by customer, by carrier, by shipping point etc. Dole’s team can also analyze linehaul charges separately from individual accessorial charges.

Because Dole’s contract rates with its carrier base are maintained in the Cass Ratemaker® system, there was no risk of losing this critical data. Dole’s carriers were not adversely affected by the transition – they continued to rely on CassPort and Cass's carrier support team for visibility into invoice and payment status. What’s more, the Cass account management team provided post-transition reports to ensure that Dole didn’t miss a beat.

How the Cass FAP Solution Works Within Dole’s SAP Environment

Here’s a closer look at how the new Dole-Cass system for freight payment works today:

Dole uses a third party for load tendering and setting delivery appointments with Dole’s customers and freight carriers. The process starts with Dole sending orders to this third party, which tenders the loads (sends out service orders) to the carriers and provides Dole with shipment records that are maintained in Dole’s SAP Logistics Execution System (LES) module. Each night Cass receives a file containing shipping records from LES. These records serve as the authoritative source for shipment data. Cass uses these records — as well as rate data from the Cass Ratemaker system — to systematically perform its invoice validation and audit process. Aggregate cost data is sent to Dole’s SAP CO-PA module and this data is available to managers throughout the organization. Cost data is categorized as one of three types: (1) linehaul cost (2) fuel cost or (3) accessorial cost. To drill into this level of detail, Dole’s staff relies on the Cass analytics platform CassPort. Dole also relies on the Cass system for an automated accrual process. When Cass makes a payment for an accrued expense, the accrual is closed. Each week Cass sends a GL file to Dole’s SAP Finance & General Ledger (FI-GL) module that updates the system on all payments and accruals.

As SAP users develop their freight payment process, they must create alignment between real-world shipping activities and their own SAP environment. For example, SAP business logic may be predicated upon a one-to-one relationship between a transaction and a document. In real life, one purchase order does not always correspond to one shipment record, one bill of lading or even one invoice.

Since we re-engineered the freight payment system with Cass, we’ve worked together on process improvements,” Campbell said. “I’ve watched as our process becomes even more refined, as reflected in the accuracy and speed of our accrual process.

According to Campbell, the main reasons to outsource freight payment are that outsourcing:

Generally speaking, freight audit & payment is a logical business process to outsource because it requires a tailored, sophisticated solution to be able to produce accurate, reliable data that enables complex analysis and continuous process improvement.

Years ago, many companies relied upon tribal knowledge to get the job done: “In the old days, you had a person who knew rates and lanes,” Campbell remembers. “Outsourcing to Cass makes our process much more efficient. Using a third party is more efficient in getting actual cost data into a system, and you can get better data without having to touch an invoice,” he said. 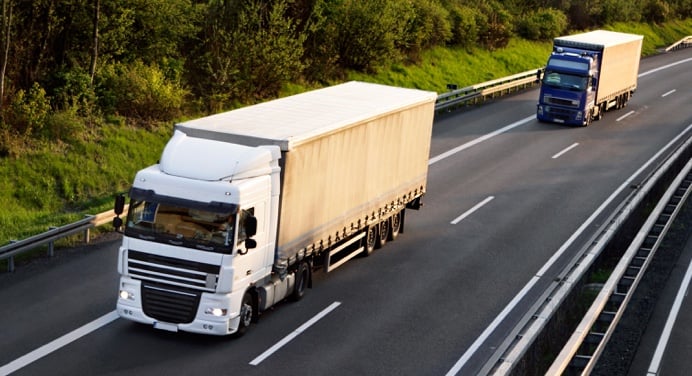 Summary: Data You Can Trust

When Dole’s transportation team was confronted with the prospect of migrating to a new ERP system and potentially taking a step backward in its FAP process, they immediately reached out to Cass, their longtime service provider. Cass had experience in numerous other ERP transitions and was flexible in adjusting the FAP system to Dole’s environment. Specifically, the Cass and Dole teams worked together to arrive at new processes to manage balance due payments, separately billed accessorial costs, and single invoices representing multiple bills of lading – without losing critical shipment data.

Of course, the Dole-Cass team put together a contingency plan, so that, even if something somewhere went terribly wrong in the transition to SAP, Dole’s carriers would still be paid.

Such an emergency plan did not have to be enacted. The transition proceeded smoothly and the Dole team has accurate data it can trust. With the integration between Dole’s SAP system and the Cass solution operating smoothly, Dole now has visibility to “relevant data that can easily be mined and displayed in financials throughout the organization,” Campbell said. “One of the reasons we have such trust in the system is that it takes little time to reconcile our monthly accruals, and any exception items can be quickly researched and explained,” he added.

Advice From Dole to Others


In order to have a highly controlled process and accurate data, Dole requires both its carriers and Cass to follow its business rules. Carriers must follow Dole’s invoicing requirements, and Dole relies on Cass to enforce these policies and procedures. By holding both parties to high standards, Dole is a best-practice leader in freight payment, according to Cass.

The 6 Best Practices in Freight Payment