By freeing up time to focus on strategy, we helped Toyota:

The data harvested from invoices has high value in spend analysis. Outsourcing freight audit and payment processing to Cass has allowed NAPO to tap into these data assets and take a more strategic role – shifting its focus from specific, day-to-day invoice issues to higher return, business process improvement projects.

Supporting a company of this size requires an enormous infrastructure. One component of this infrastructure is Toyota’s North American Parts Operations (NAPO). NAPO manages the distribution network for Toyota, Lexus, and Scion genuine parts and accessories. The subsidiary operates 17 distribution centers: two large warehouses (one in California and the other in Kentucky) as well as smaller parts centers throughout the United States, Mexico and Puerto Rico. NAPO manages parts shipments coming into these part centers from suppliers, as well as the distribution to its network of dealers, port locations, remanufacturers, and foreign and private distributors.

The transition of invoice processing to Cass occurred in phases. The first phase focused on Toyota’s less-than-truckload (LTL) shipments. After this phase was successfully implemented, Toyota moved into Phase 2, which was the management of invoices for additional modes.

One of the challenges Cass and Toyota tackled in Phase 2 was the complicated nature of truckload invoices. Toyota uses dedicated carriers with set routes involving multiple stops. In other words, the carriers make “milk run” pick-up and deliveries of parts. Each stop needed to be accounted for. A second significant challenge was that one carrier’s international and domestic business had to be split for billing purposes for both paper & EDI.

For optimal audit results, each carrier converted from paper to EDI when transitioning to Cass.

In all, NAPO’s routes are handled by 35 different carriers, and each carrier has different contract terms, rates, invoice formats and processes. With some carriers, for example, rates vary depending on day of the week. Additionally, some suppliers ship parts to both Toyota NAPO and new car manufacturing plants within Toyota Motor Engineering & Manufacturing North America (TEMA). Processes, in some cases, had to ensure that each business unit was invoiced separately.

When converting management of these invoices to Cass, both Cass and Toyota agreed that in most cases the best audit results would be possible if paper invoices were replaced by electronic formats, preferably Electronic Data Interchange (EDI). With EDI, invoice data can be efficiently processed using sophisticated rules-based auditing logic to analyze each charge.

To tackle the challenge, Cass and NAPO decided to convert new high volume carriers to Cass only after a system had been created with each one to invoice via EDI. The process involved collaboration with each carrier to arrive at a customized file format that would meet Toyota’s requirements and accommodate that carrier’s individual billing processes and unique contract terms. Cass managed the collaboration effort, working directly with each carrier. Over several months, Cass brought each carrier up on the system one at a time until the implementation of Phase 2 was complete.

The end result: What began as a completely paper-based invoicing process, for both LTL and the additional modes of Phase 2, has been converted to 85% electronic. The Cass system is able to systematically audit invoices (based on each contract, each carrier’s unique billing system, etc.) as part of the payment process using table-driven business logic. Before, audits of these invoices were a mostly manual, post-payment process by Toyota employees.

One of the key deliverables from outsourcing freight payment to Cass is business intelligence: a warehouse of valuable data about the cost of these shipments becomes available, along with tools for analysis. For Toyota, vast amounts of previously inaccessible data (by supplier, geography, shipments, etc.) became available. In addition to data access, another one of Toyota’s goals was to have standardized data in one place. By flowing all the expense management through Cass, Toyota could rely upon one authoritative source in which all the data was normalized and available through a consistent interface. 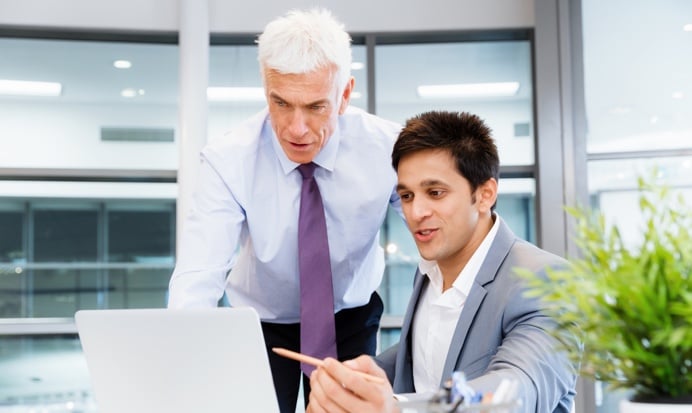 Toyota is renowned for its development and utilization of the Japanese kaizen method of continuous process improvement. “Kaizen” is derived from the words “kai,” meaning “change,” and “zen,” meaning “good” or “for the better.” Under Kaizen, continuous improvement can be focused on waste elimination, innovation, or development of new standards, such as standards for increased through-put. Similar to Six Sigma, Lean Sigma and other continuous improvement methodologies, Kaizen execution is dependent upon the availability of quality data. Data must be analyzed and key performance indicators must be visibly quantified through reliable metrics.

The availability of this data is allowing us to look harder at our own processes and do a lot more internal analysis. We’re always asking, ‘how can we take better advantage of all the automation that Cass provides us?’

NAPO now has a centralized repository of expense data that is “normalized” across various suppliers, routes and contract terms. With the establishment of this centralized data warehouse, NAPO management is now able to analyze data and drive new process improvements.

“The availability of this data is allowing us to look harder at our own processes and do a lot more internal analysis,” Loren Brewster, logistics systems and finance manager, commented. “We’re generating new reports and establishing new metrics. In particular, we’re analyzing invoice exception handling. We’re always asking, ‘how can we take better advantage of all the automation that Cass provides us? ”

Toyota had long been managing its freight carriers using a “balanced scorecard” approach, but little input from its freight payment process factored into this assessment. For example, without the data from the Cass system, Toyota couldn’t easily measure suppliers on invoice accuracy or invoice “throughput” – the number of invoices that can be processed from start to finish without exception handling.

With a newfound wealth of cost data, Brewster was able to launch an important Kaizen project with one of Toyota’s carriers to achieve greater throughput. “We established a starting benchmark: throughput for this particular carrier was at 8% initially,” Brewster reported. After using the data and experimenting with various process improvements, this carrier’s successful through-put surpassed 95%.

Cass provided considerable expertise in helping Toyota interpret data points, identify key issues and suggest remedies to particular issues that thwarted high through-put. “This project would have been impossible without Cass’ systems and methodologies. Their process generates a lot of valuable data, without which this project wouldn’t have been feasible,” Brewster acknowledged.

Success drives further enthusiasm, and the NAPO team is highly motivated to keep going. With more data to analyze, Brewster’s team intends to replicate the success of its initial Kaizen project by working with additional carriers, as well as develop new process improvement projects.

At Toyota, freight invoice management has been mostly decentralized. Each team that has responsibility for a particular program usually manages its own budget and owns the responsibility for paying its freight bills. As a result of this decentralization, carriers must become well acquainted with Toyota’s complex organization and must successfully adjust their business processes. It’s not a simple matter for carriers to submit an invoice – especially if they do business with multiple groups within Toyota. Brewster’s team gained more perspective on this issue when the Cass system was deployed for NAPO, and they had new visibility into exception reporting. Cass would often receive (and reject) invoices that belong to Toyota, but were not Toyota NAPO’s responsibility to pay. Due to the NAPO team’s success in deploying automation and making process improvements, Toyota has decided that it makes better business sense to centralize more invoice processing and take advantage of this group’s expertise. Now responsibility for freight payment from other Toyota departments is beginning to move to Brewster’s team. The good news is that automation is going a long way, and the increased workload is hardly an issue. “Even though the volume of paid invoices is increasing, we are not seeing a significant change in our workload, because we have applied what we have learned to take full advantage of Cass’ automation. With this more enterprise-level model, we are gaining cross-organizational efficiencies and even better visibility of our true supply chain. All this should lead us to making better decisions holistically and finding even more savings to add to Toyota’s bottom line,” Brewster commented.

Instead of fixing problems with specific invoices, we are now able to work on categories of problems and devise business rules to address them.

The Toyota NAPO team now finds itself playing a more strategic role: “Instead of fixing problems with specific invoices, we are now able to work on categories of problems and devise business rules to address them.” For example, after scrutinizing the data, the team might adjust a data screening procedure, then measure the result, and so on, until they achieve better results.

“We trust the Cass system to manage the bulk of the invoices, and we now need only to look at exceptions,” Brewster said. “At the same time, our workload has increased on the side of data analysis and process improvements – both on the Cass side and the carrier side.”

Now that they’ve been able to leverage the business intelligence derived from highly automated invoice processing, Brewster has high confidence in the data, and is already looking forward to what else he and his team can accomplish.

I’ve gained this confidence over time. I’ve seen the process, I know the rigors are there and the quality is there. I’ve gained a lot of trust in the Cass system, so my goal is to increase invoice volumes managed through Cass.

How DuPont Gained Trust in its Freight Accounting Data