Light at the End of the Tunnel?

The shipments component of the Cass Freight Index® was 0.8% higher than the year-ago level in October, similar to the 0.6% y/y increase in September.

Freight volumes remain capacity-constrained, as shown by declining rail volumes and the ongoing backlog of containerships at anchor waiting to unload, but the 2.9% m/m improvement shows a modest rebound as restocking demand remained elevated. A pickup in automotive volumes likely also helped, as October rail carloadings in the motor vehicle category rose about 15% m/m.

The expenditures component of the Cass Freight Index, which measures the total amount spent on freight, rose to a new record level of 3.96, up 37% y/y in October. This index reaccelerated from 32% growth in September despite a slightly tougher prior-year comparison.

Tougher comparisons in the coming months will naturally slow these y/y increases further, but normal seasonality implies double-digit increases through most of the first half of 2022. 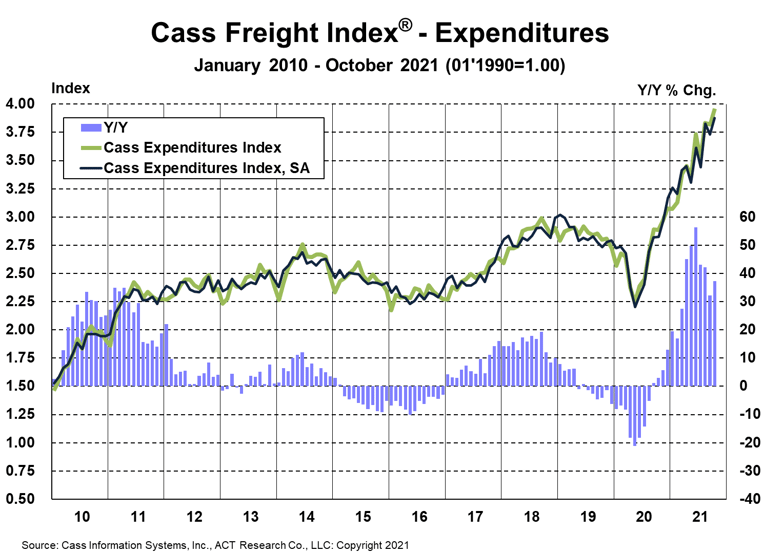 Though difficult to quantify, there are a lot of excess miles in the system due to all of the supply chain disruptions in the shortage economy of 2021. Chassis production improved this month but remains far from what is needed to address rail network congestion, so West Coast imports continue onto truckload, considerably raising the length of haul in the largest freight market.

These excess miles are part of the 36% y/y increase in inferred freight rates, because, as noted in the calculation above, these rates are on a per shipment basis, rather than a per mile basis. But the difference between the increase in overall inferred freight rates and the Cass Truckload Linehaul Index® also includes higher fuel surcharges (not included in the TL index), sharper increases in air cargo rates, and mix shifts between modes, with a smaller proportion of low-cost intermodal and rail, and a larger proportion of relatively higher-cost air and refrigerated truckload.

For full-year 2021, if normal seasonality were to play out, this index would be up about 20% from 2020. The data set is diversified among all modes, with truckload representing more than half of the dollars, followed by LTL, rail, parcel, and so on. 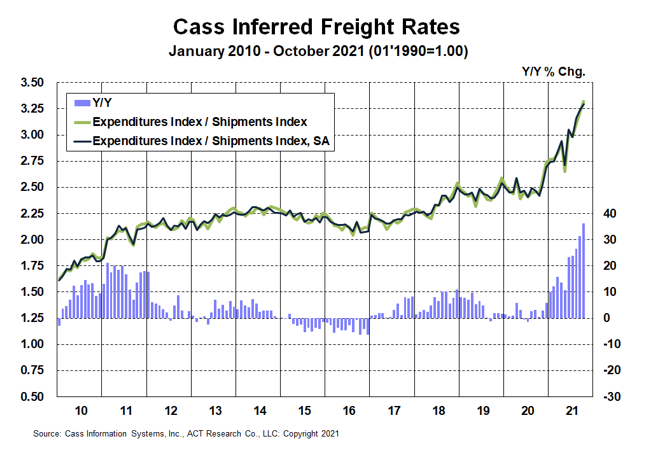 With upward pressure from chip shortages and upcoming vaccine mandates which could slow the driver recovery and push freight into the for-hire spot market, this index is still projected to trend higher. This data series trending below the 22% increase in Q3 public TL fleet rates is due to longer-haul mix. The large public fleets, by contrast, have been opting for shorter-haul shipments with better returns.

Longer-haul mix related to intermodal chassis shortages pushing more freight off the rails and into truckload markets, particularly from the West Coast to Midwest, is continuing to pressure these data. While temp-controlled length of haul is up a little, dry van length of haul is up meaningfully. We estimate this reduced the Cass Truckload Linehaul Index by roughly 7%-8% this month, so the mileage-neutral truckload rate is probably up about 20% y/y.

Freight demand is clearly still strong and persistent supply constraints are keeping upward pressure on rates. The gradual easing of supply constraints for critical components of trucking capacity – drivers and equipment – will continue to be key to the longer-term outlook. This should change the trajectory of the Cass Truckload Linehaul Index over the next year, but not quite yet. 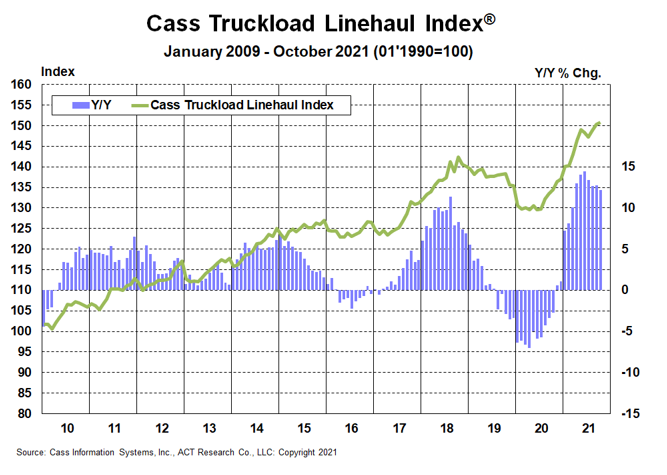 The current supply chain issues are building pent-up demand, and a broad range of freight demand fundamentals remain supportive, suggesting a positive demand environment will continue well into next year.

Though the near-term direction of freight rates remains higher, cyclical forces like driver hiring and wafer fab construction, which take time, are diligently occurring in the background and will dictate the direction of capacity, volume, and rate trends in 2022.

Though the ACT Research For-Hire Driver Availability Index ticked down this month amid vaccine mandate uncertainty, the improving trend should continue as mandates are delayed in court and most of the trucking industry is effectively exempted. For more detail on a variety of risks related to the proposed vaccine mandate, from team drivers to private fleets to dock workers, see this month’s ACT Freight Forecast report.

This report also forecasts the shipments component of the Cass Freight Index® and the Cass Truckload Linehaul Index® through 2023. 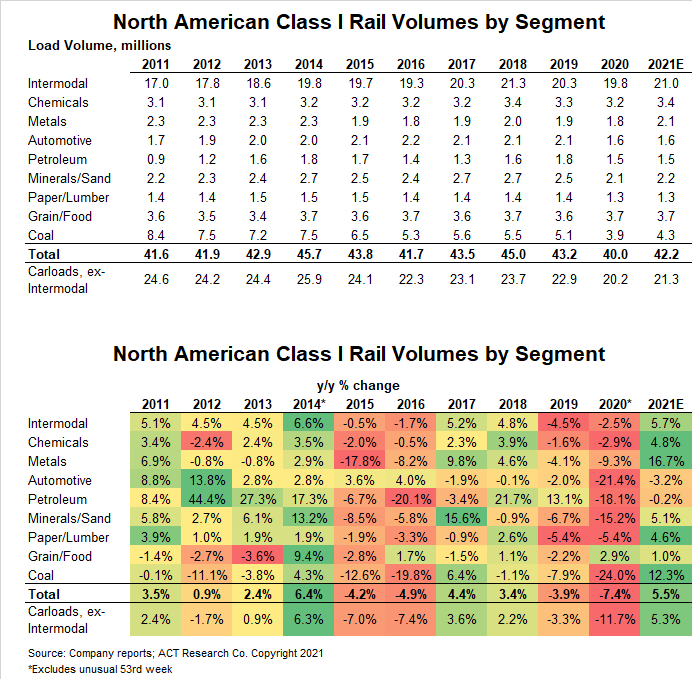